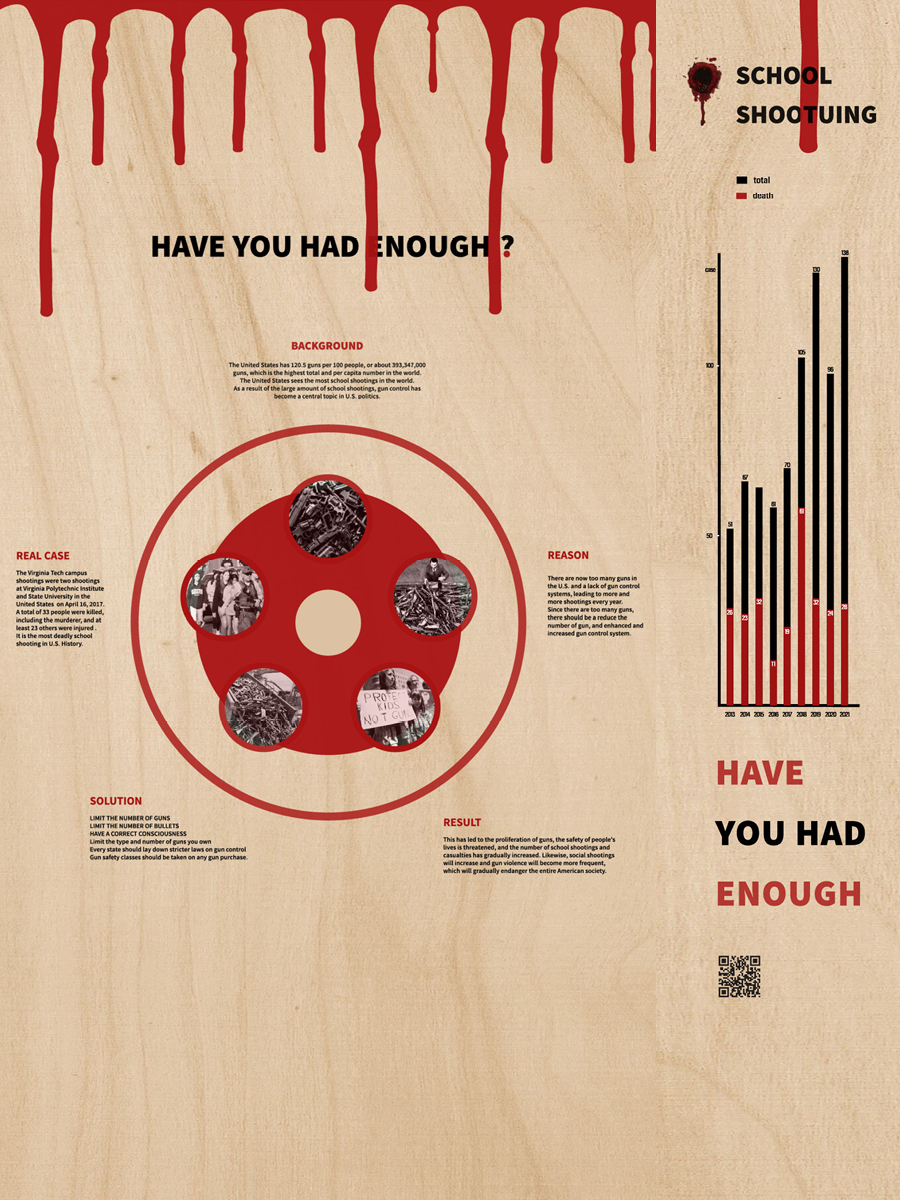 Gun control” refers to any legal measure intended to prevent or restrict the possession and use of guns, particularly firearms. The United States has 120.5 guns per 100 people, or about 393,347,000 guns, which is the highest total amount and per capita in the world. There are now too many guns in the U.S. and a lack of gun control systems leading to more and more shootings every year, especially school shootings. School shootings are increasing every year, and the annual increase in the number of school shootings is visible. Since there are too many guns, there should be a reduced number of guns, and an enhanced gun control system. 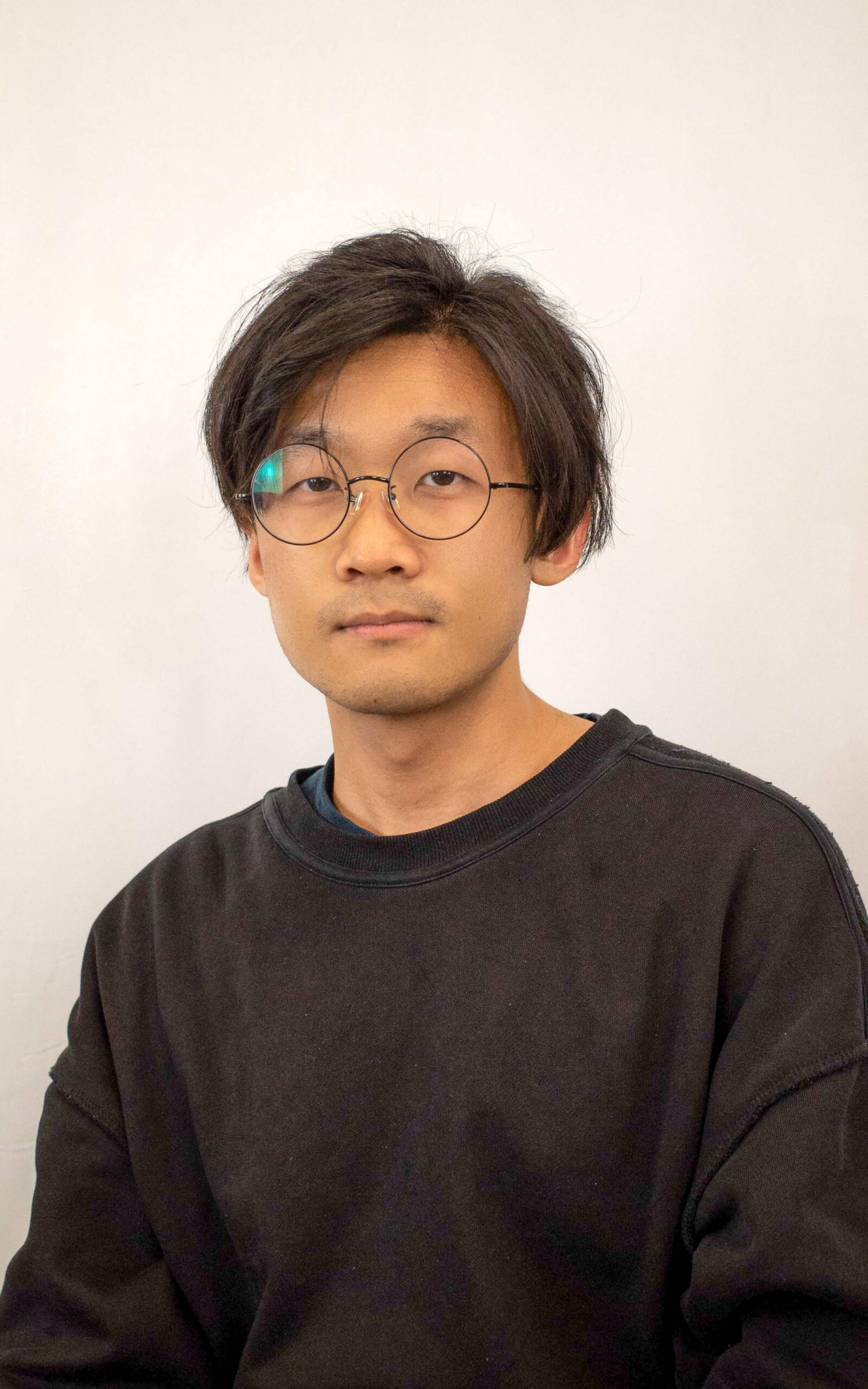 Zhendong Song is a designer from China, he has studied painting since he was a child and chose to study graphic design at Arizona State University’s Herberger College of the Arts. He treats the profession with an enthusiastic heart, while also playing with graphics and fonts. Graphics and fonts maybe just simple patterns, but for him, those may have the potential to create all kinds of interesting designs. The sparkle between different cultures and different designs is exactly what he wants to pursue.