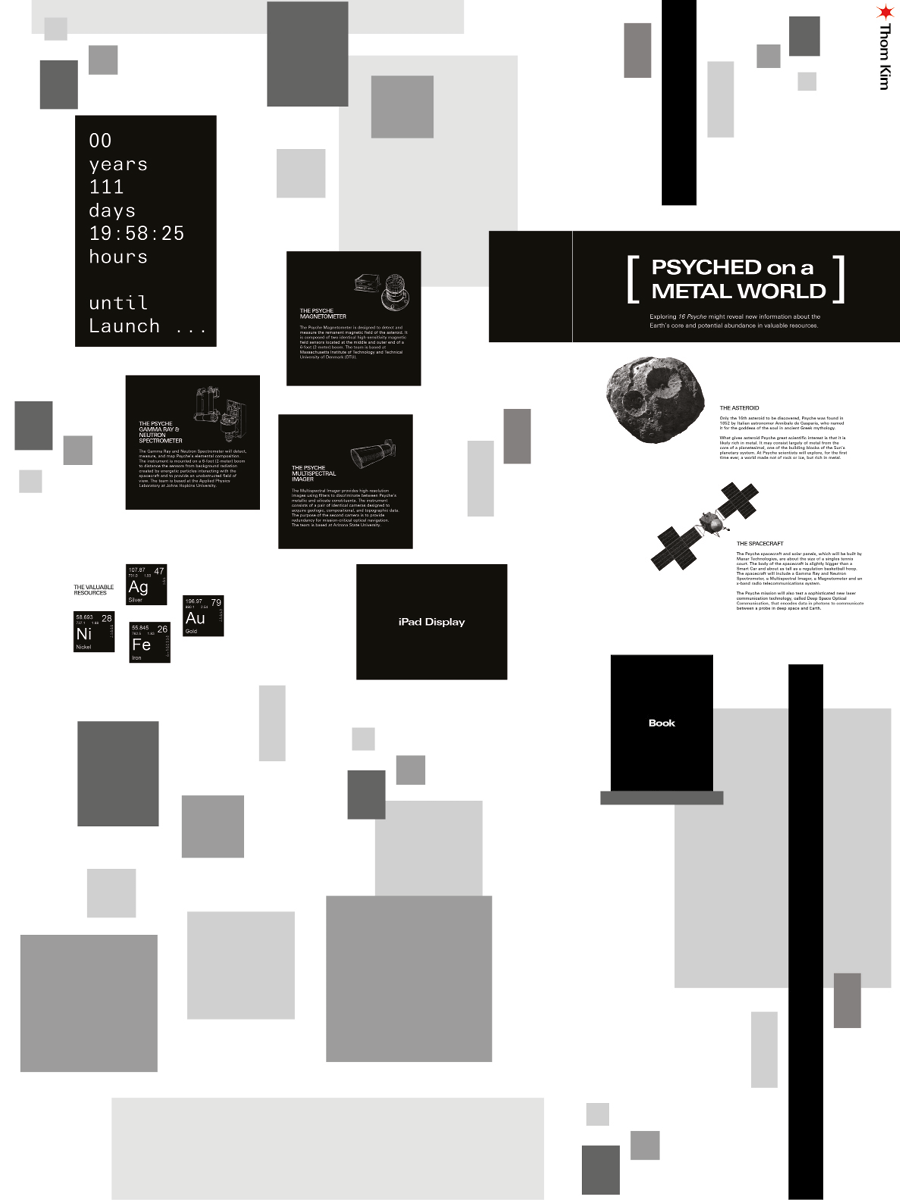 Psyche is both the name of an asteroid orbiting the Sun between Mars and Jupiter — and the name of a NASA space mission to visit that asteroid, led by Arizona State University. The mission was chosen by NASA on January 4, 2017 as one of two missions for the agency’s Discovery Program, a series of relatively low-cost missions to solar system targets. The Psyche spacecraft is targeted to launch in Summer 2022 and travel to the asteroid using solar-electric (low-thrust) propulsion, arriving in 2026, following a Mars flyby and gravity-assist in 2023.. Once the spacecraft arrives at the asteroid in 2026, plans call for it to spend 21 months at the asteroid, performing science operations from four staging orbits, which become successively closer. 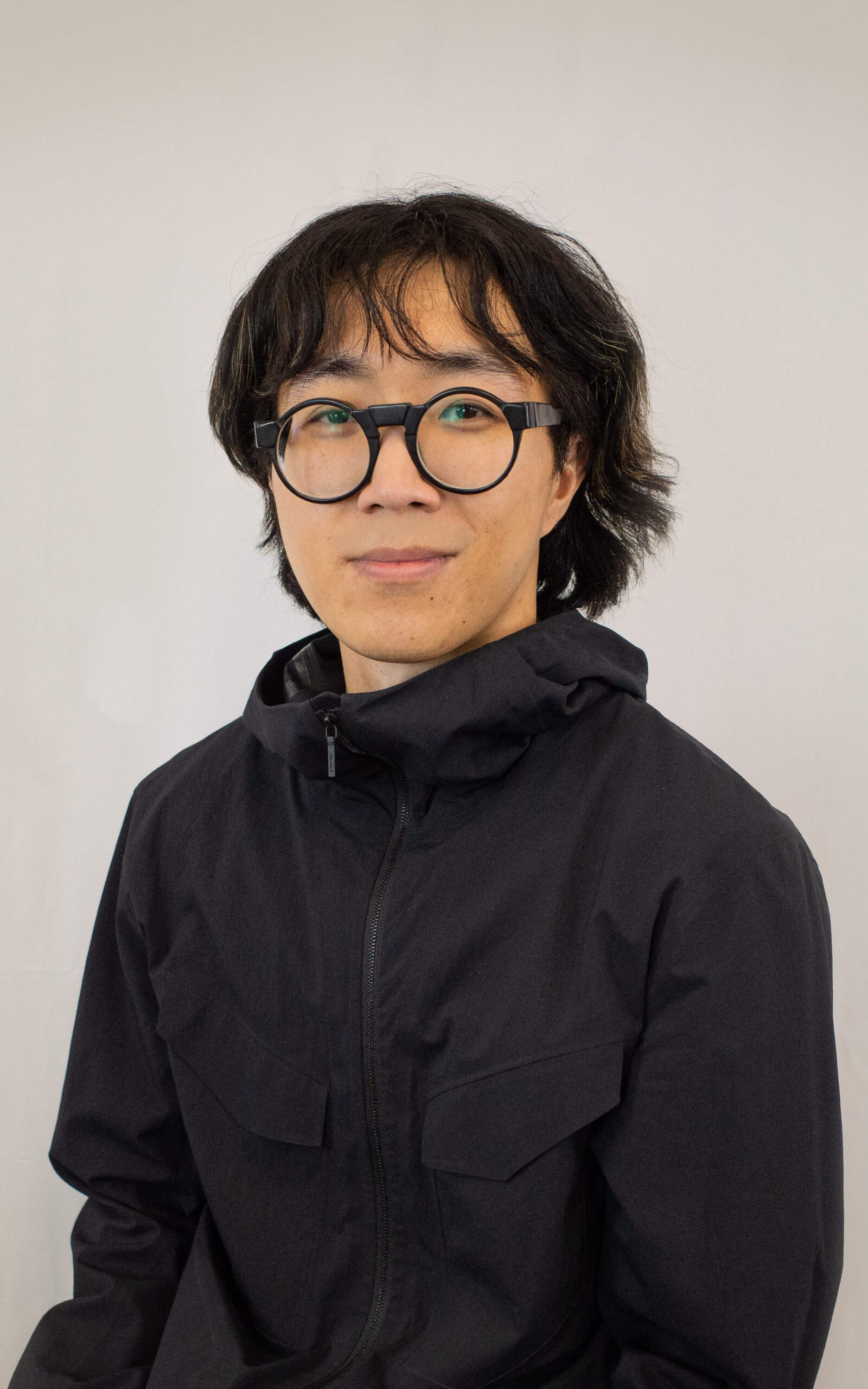 Thom Kim is a graphic designer born and raised in Phoenix, Arizona. His best quality is his curiosity, which leads him to new software and mediums to help solve visual problems. Although typography is the essence of a graphic designer, he also specializes in 3d illustration, identity, and conceptual world-building. Thom’s work aims to simplify communication, generate public interest, and bring excitement to his clients.